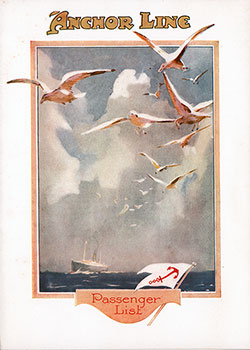 A Brief History of the RMS Assyria

The RMS Assyria, Ex-Ypiranga of the Hamburg-American Line. Anchor Line took control of the ship in 1921 from the White Star Line and renamed it Assyria. The Ship was primarily used in their Bombay-UK routes, but also made some transatlantic voyages. Originally Built in 1908 by Germaniawerft, she measured 448.4 ft by 55.3 ft, and 8,142 gross register tons.

On April 15th, 1912, Ypiranga was one of many ships in contact with the RMS Titanic as the Titanic was sinking.

In 1919, the ship was ceeded to the UK for war reparations.