The American Export Lines Passenger List Collection, available at the Gjenvick-Gjønvik Archives have all been transcribed and uploaded.

The American Export Lines operated in various corporate formations from 1919 to 1977. They offered both Cargo and Passenger services between New York and the Mediterranean, principally Gibraltar, Cannes, Genoa, and Naples. 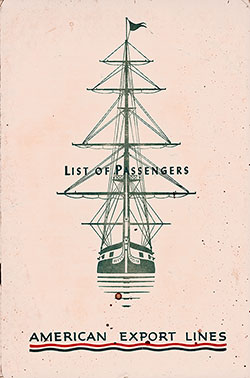