Bangor Punta Corporation (sometimes abbreviated BP and traded on the NYSE under BNK) was an American conglomerate and Fortune 500 Company from 1964 to 1984.

It owned a number of well-known companies primarily in the pleasure craft, firearms and general aviation industries. The primary purpose for this website is to provide an educational resource for students and researchers.

Bangor Punta: In a Nutshell 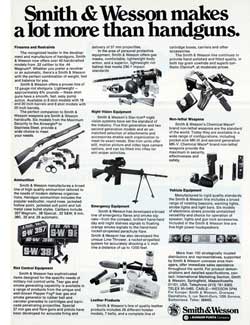 Piper Aircraft had the distinction of having an eight-year legal battle over ownership decided by the U.S. Supreme Court - in Bangor Punta's favor. Purchased by Bangor Punta in 1966, The CAL line of Yachts was one of the era's premier racing and cruising sailboats. 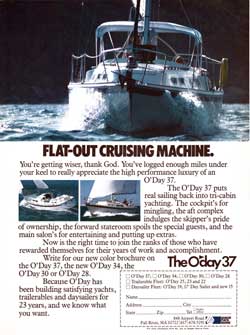 Building everything from small Day Sailers to 39 Foot Luxury Yachts, O'Day was a great purchase in 1966 by Bangor Punta. In the nineteen Sixties and Seventies, Luhrs had the distinction of making their ads ultra appealing to men - Find out why and check out the dated taglines. Starcraft was the most diverse company owned by Bangor Punta, manufacturing boats, RV's, Campers, Runabouts, and even Livestock Feeders.

It's a Name You Should Know

Bangor Punta sells more boats to more people than any other builder. When you become the leader, two things happen: you like being there and have to work that much harder to stay there.

Our concept, make a better product and more people will buy proved to be fortuitous as it was precisely what happened, and that's the way we'll keep it.

If you have scans of documents related to Bangor Punta that you would like to contribute, please contact us at BangorPunta@ggarchives.com