Ephemera for the RMS Celtic are available at the GG Archives, including Passenger Lists, Menus, Brochures, Event Programs, and more. 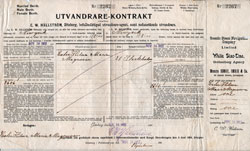 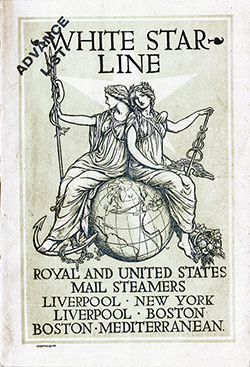 This 8-Page White Star Line brochure on the Famous Big 4 of the New York Liverpool Service - The Adriatic, Baltic, Cedric, and Celtic, is packed with incredible photographs (Interior and exterior) some with actual passengers. Includes information on the ships and their accommodations. Vintage Dinner Bill of Fare Card from 6 July 1919 on board the RMS Celtic of the White Star Line featured a limited Bill of Fare including Potage Brunoise, Boiled Salmon-Cucumber Hollandaise, and Brandy & Hard Sauce for dessert. The reverse side contained handwritten notaions from the passenger. Grand Concert held on 28 May 1928 on board the SS Celtic of the White Star Line featured mostly music. Songs appear to have been performed by talented passengers. Following the concert, prizes were awarded for best costumes at the Fancy Dress Ball in addition to prizes for sports events.

Images of the RMS Celtic