Ephemera for the SS Conte Biancamano are available at the GG Archives, including Passenger Lists, Menus, Brochures, Event Programs, and more. 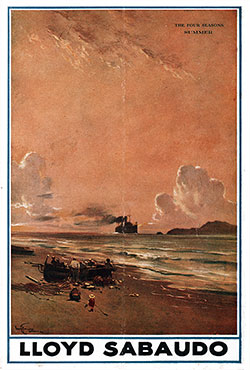