Literary magazines were judged on how often they published the best possible literature for their magazine. The articles and writers established an incredible breadth of academic topics of the day. 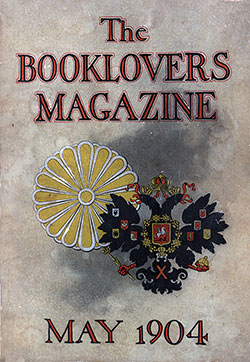 The Booklovers Magazine, May 1904

The May 1904 issue of The Booklovers Magazine featured illustrated articles The Two Pacifics: III. If Japan Should Win, Stewards of an Ocean Liner: Above and Below Decks, "Way for the Breakdown Gang": How Railway Wrecks are Handled, and more. Harper's Magazine for January 1888 was a literary magazine that published a variety of full-length articles and poetry. Included a back section of period advertisents that provides a unique look at the products available in 1888. This issue of Harper's Weekly featured articles on Annexing Hawaii By Joint Resolution by Carl Schurz and The Disaster To the Battleship Maine by F.E. Leupp. The Threshold of America by Edwin Emerson, Jr. provided a look at immigration of that time. The July 1899 issue of Harper's New Monthly Magazine featured Part VI of the Blockade of Manila and Capture of Guam in the Spanish American War. Other articles included Not on a Passenger List -- A Story, The Australian Horseman, and more. The 23 May 1903 issue of Harper's Weekly focused on Our New American Citizens. In 1902, 650,000 persons came here to live, and now it seems certain, from the record of the first three months of 1903, that this enormous figure will be exceeded this year. The November 1907 issue of The Chautauquan featured several articles on immigration, including Urgency of Improved Steerage Conditions Based on the Personal Experiences of Kellogg Durland; Canada and Japanese Immigration; and more. The 12 August 1922 issue of the Literary Digest included articles such as Some Interpreters of the Bonus Vote (WWI Soldiers' Bonus) and Prohibition. Cartoons, Poems/Limericks, and Advertisers are also listed.